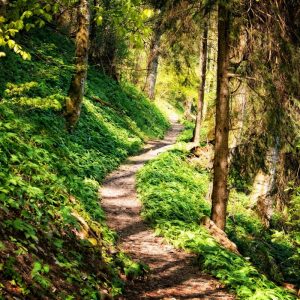 “We should take wandering outdoor walks, so that the mind might be nourished and refreshed by the open air and deep breathing.” —Seneca, On Tranquility of Mind, 17.8

Synchronicity is pretty cool. Carl Jung was an interesting cat – another topic for another time.

The benefits/importance of walking regularly has come to my attention a number of times recently.

As an added bonus, the benefits of spending time outside, in nature, have been brought to my attention as well.

The Dude has always been a lover of space. The infinite, unknown is very cool. Limitless opportunity.

A quick glance up, and you realize quickly how small we are and how little we know.

Mi padre was a stargazer and took the time to share constellations and rad stellar events as we were growing up. NASA was also a big deal for a long time (what happened to that?!), so space was a regular topic of discussion.

It seems the allure of space has faded a bit these days. Perhaps because our heads are stuck looking down at technology so much.

But space still dazzles the Dude. I love to gaze up at the stars and point out constellations to the kiddos. It doesn’t get much better than a fire-pit  a few brews, and some gazing towards the heavens.

With that in mind, let’s take a few minutos to enjoy some space…

Google Presents an Interactive Visualization of 100,000 Stars: Google may be spying on our every move, but they sure do offer some cool tricks.

One Hundred Thousand Stars  is an interactive map of space including the locations of—you guessed it—more than 100,000 stars. (Note: Before you experience the map, you will need to download the Chrome browser.)

Read the full description at OpenCulture.com. It’s worth the read…space is crazy cool!

An Astronaut Self-portrait: How cool is this?!

This awe-inspiring self portrait brings into one frame “the Sun, the Earth, two portions of a robotic arm, an astronaut’s spacesuit, the deep darkness of space, and the unusual camera taking the picture.” – Hat tip to OpenCulture.com. 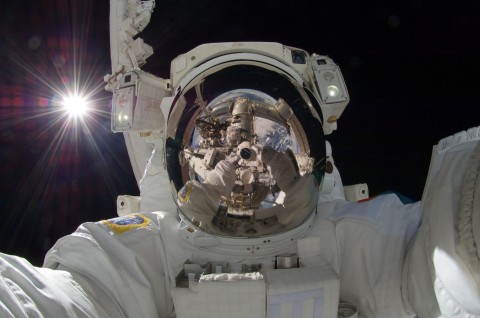 The Universe & a Brain: And if that wasn’t enough space radness, it seems the Universe is growing like a giant brain. Nature is awesome.

A team of scientists from University of California San Diego recently published a study in Nature Scientific Reports suggesting that the bioelectrical firings between brain cells mirror the shape of expanding galaxies. – Gracias RealitySandwich.com

The Dude is a sucker for the natural world…and a great beard.

This John Muir cat is one rad dude. Loves nature and beards.

A large part of conservation land in the U.S. can be connected to Muir. But beyond any activism – activism always has pros and cons – I dig John’s view that nature is an integral part of our lives, and that we should break away from civilization to “wash [our] spirit clean.”

Happy spring. It’s a beautiful day. Let’s get out there and wash our spirit.

“Keep close to Nature’s heart… and break clear away, once in awhile, and climb a mountain or spend a week in the woods. Wash your spirit clean.

The clearest way into the Universe is through a forest wilderness.

The gross heathenism of civilization has generally destroyed nature, and poetry, and all that is spiritual.”

Happy Easter to you and yours from the Dudes.

Family is the Dude’s favorite part of a holiday. To me, holidays mean a day of uninterrupted family time. A day to refocus on what means the most to us.

However, I know there is a more subtle meaning to holidays – an overt meaning to many, but subtle to the Dude. Religion.

But maybe it’s only subtle to the Dude because I focus on the wrong ideas. I’ve always felt uncomfortable with the religious explanations to holidays. Taking a literal interpretation of religious stories is hard for the Dude to hold onto. Yet, these seem to be the prevalent explanations these days.

By refocusing the ideas that build meaning to holidays, perhaps the Dude can feel more comfortable with the religious/spiritual meaning behind the holidays.

Here’s an interesting point of view of Easter from Rudolf Steiner from 1906. I’m just scratching the surface of Rudolf – great name – but from what I can tell, Mr. Steiner has some incredible thoughts.

If you are unfamiliar with Rudolf Steiner, here’s an explanation from Wikipedia:

Major holidays built around cycles in nature? Seems to make a lot of sense from a human evolution perspective.

Connecting holidays to a natural significance has a much greater appeal to the Dude.

Yes, the natural new beginnings are crucial to our lives and evolution – and well worth huge celebrations throughout the millennium. But if we want to think BIG, and build our lives around a spiritual existence, what could be more exciting than celebrating the “resurrection” of a deep connection to the “Greater Spirit?”

From the Dude’s vantage point, there sure does seem like some hidden messages in the story of Jesus. Maybe we’re too literal.

At any rate, it’s Easter. It’s a beautiful Spring day to enjoy with the fam and celebrate new beginnings – however you define that.

The quantity of information available these days is amazing.

A short 10 – 15 years ago, the biggest source of information was TV and radio. We are now inundated with information almost constantly. We are riding the information superhighway after all.

I think it’s about as rad as rad can be. I love finding new sources of information, learning something new, starting a new hobby, teaching myself how to do something I’ve never done. The pace of learning has exploded.

I’m sure it’s a double-edged sword. I’m sure negatives can be argued, but I dig the plethora of information at our finger tips. The drawback I find is having the time to consume all of the ideas that I’m interested in.

I have so much great information coming at me through my RSS feeds (If you’re not familiar with RSS feeds, it’s worth the read – awesome way to collect info you’re into without having to go find it.) that it’s impossible to follow every idea down the rabbit hole, and even content that I dig is often pushed aside or forgotten.

I’ve been collecting a few nuggets of greatness in my email for a week or two. My goal has been to write separate posts for each, but time keeps passing, and the content keeps coming. So, rather than try to get individual posts out, I figure I’ll share them all at once under the amazingly clever name of “Dude’s News”…I know, you love it.

Let’s start with some Local News

Local News
The Boy is a lunatic, and the lunacy grows everyday. Running, screaming, throwing, kicking, and a whole bunch of eating along the way.

Words are coming slowly but surely. He is always moving and exploring, and he’s becoming much more sure-footed. It’s fun to set him loose in the yard and follow him around. A great way to slow down and enjoy some everyday exploring.

The Princess is crushing first grade. Reading like a champ, loving piano lessons, and being a fantastic big sister.

The local news is all unicorns, gummie bears, and rainbows.

Science
Here’s a very cool video from TED (as in “Ideas worth spreading,” TED) about the complex experimenting and decision making that babies and toddlers use to figure out the world around them. I get the impression that the collective “we” views babies as lacking in some of the cognitive muscle that we flex as we get older. But maybe “we” have it wrong.

Judging by Little Dude’s constant exploring mentioned above, I’m inclined to think that psychologist Alison Gopnik may be onto something here. She says something in the video about toddlers not having ADD but rather lacking the ability NOT to pay concentrated attention to all of the amazing things around them, and that seems to fit Little Dude to a T.

Here’s the video description: “Babies and young children are like the R&D division of the human species,” says psychologist Alison Gopnik. Her research explores the sophisticated intelligence-gathering and decision-making that babies are really doing when they play.”

As in one hundred thousand, 100k, one hundo thousundo! That’s craziness!

As a culture, how can we feel comfortable with the idea that we have any clue about what is going on? We know of a blink in time of history.

Jesus was around two thousand years ago. We have written history for something like ten thousand years. That still leaves 90,000 years between our knowledge and people sophisticated enough to craft paint.  That’s “20,000-30,000 years before archaeologists had previously thought such complex thought processes possible.”

Lastly in the science department, this is what the Universe looks like. Insane, right? The Universe. You’re looking at it. A second ago I implied we don’t know anything, and now we have an example of us mapping out the entire Universe. Life is full of paradoxes.

Nature
As described on Kotke.com: “Richard Feynman talking about the beauty of science and of the natural world over a bunch of video footage taken from NASA, Microcosmos, and BBC nature docs like Planet Earth.”

This video is super cool. Got a special place in your heart for Mother Nature? You will after you watch.

In a similar nature-loving vain, here’s a great video of a dude following mountain climbers for National Geographic. The Dude is becoming increasingly intrigued by mountain climbing.

If you have a chance (especially if you have Netflix), check out 180° South. It’s a surfing/mountain climbing “documentary,” and it’s pretty rad…with a rad soundtrack. It gave me a new outlook on mountain climbing. A completely isolated and useless act, but you come back with a new perspective. Anyway, onto the feature presentation.

Amazingly Cool
In the amazingly cool department, ABC News is reporting that the DeLorean is coming back! Back to the Future…Present.

And, it’s coming back as an electric car.

Economics
And to round out the Dude’s News coverage, let’s take a quick look at a report from Bloomberg stating that DC now outpaces Silicon Valley for the highest household income in the country.

As Don King is fond of saying, “Only in America.” How is the region that houses the government and all of the cronies that go along with it the highest paid area of the country? How is that possible?

Federal workers earn an average of $126,000 in total compensation!

Our tax money pays them, correct? Do we see the shitstorm going on in country/world right now? Are they really worth an average salary of $126,000? Things are waaaaayyyyy out of whack these days.

Amazingly Cool Part Deux
To end on a positive note, let’s showcase what could be one of the greatest father/son bonding experiences of all time – and absolutely the greatest Hotwheels track the Dude has every laid eyes on (hats off to TheKidShouldSeeThis.com for another gnarly video)…

In a previous post I mentioned that a rainy Sunday can be a blessing.  It’s safe to say a Sunday with bright sun, blue skies, no wind, and 75 degree temps is a blessing too.

Thanks Mama Nature.  The perfect weather to head outside for some time soaking up fall…tree hugging weather.  No actual trees were hugged, but we did consider it. 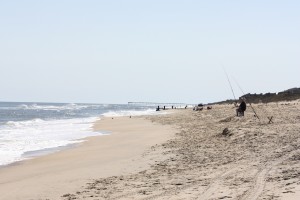 I need a tree to hug 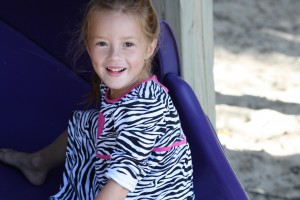 Tree Hugger in the Making