Yesterday, we visited Nina & Rex – aka Mrs. Dude’s parental units. After adding the finishing touches, Rex surprised the kiddos by rolling this beauty out to the water… 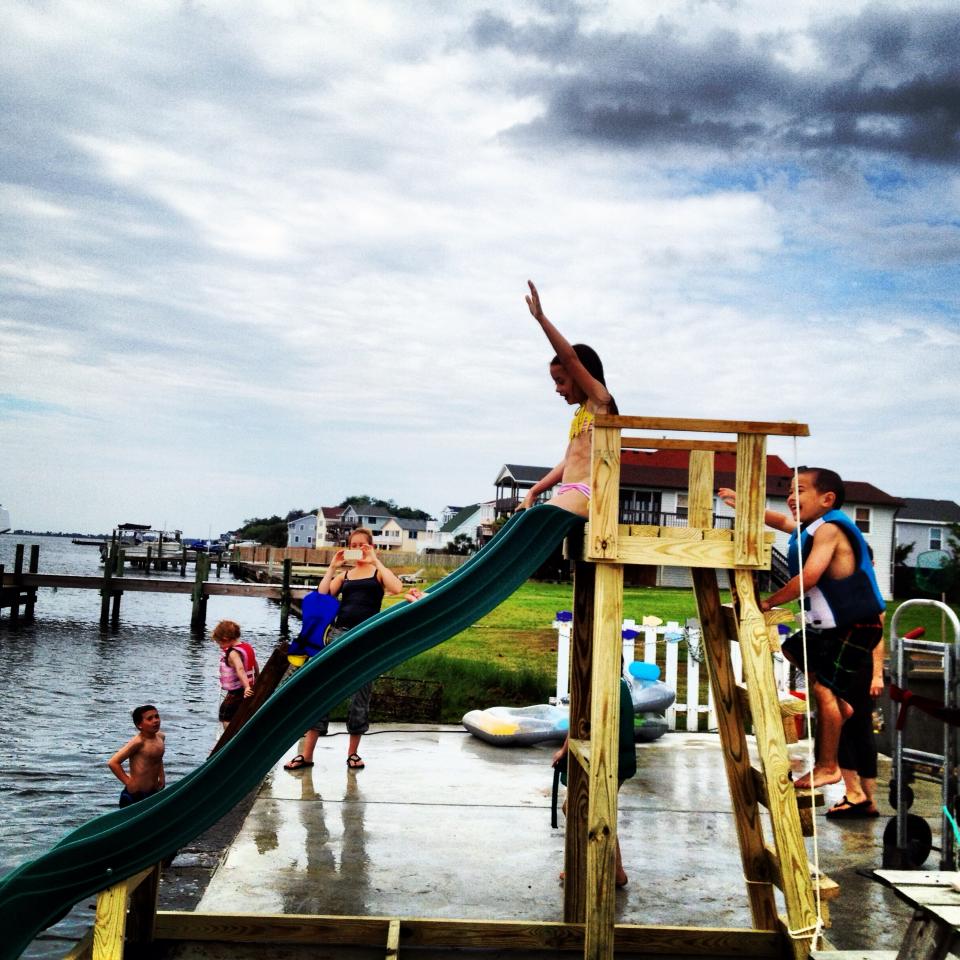 Granny recalled how proud Pop was of the plastic and wooden structure. And how he HAD to roll it out to the water as soon as it was complete. Even though it was dark. How Pop would stand back and admire the slide. As if it was the finest piece of craftsmanship he ever laid eyes on.

We admired Rex’s slide in a similar fashion.

There’s something great about building things with your hands. And then admiring what you’ve done.

I was happy to hear I’m part of a lineage of men (stretching back to the dawn of time?) who take the time to admire a job well done. 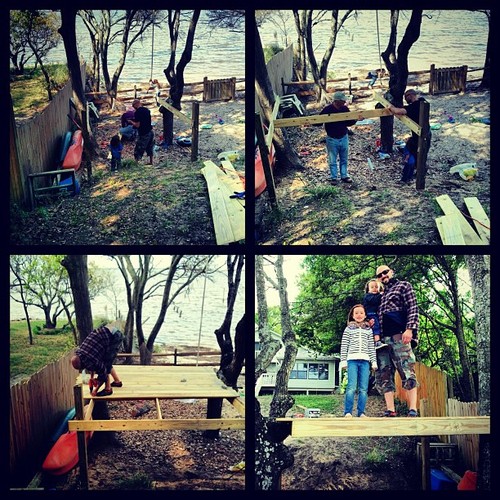 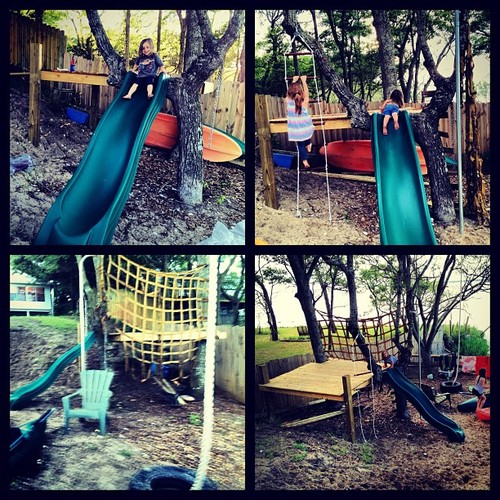 While Mrs. Dude was flying across the country to photograph Top Gun pilots, I was recruiting my 65 year old dad to lift heavy lumber. And surprise the fam with a tree house.

We crafted the platform in a few hours, and over the last couple weeks I’ve added the extras.

It is pretty much as I envisioned it. Which is to say that like Pop’s slide, this could be the most impressive structure I’ve ever laid eyes on.

Long live handcrafted awesomeness. Even if the mental version is slightly more grandiose than the real thing.

I am slowly amassing a list of awesome dudes (& dudetts) that’s I’d love to hang with. If I recall correctly, this list currently has one member – The Sugru dude…he’s awesome…and so is Sugru!

Well, add this 9 year old philosopher to the list. This dude is super rad! He rattles off some serious answers to some of life’s most serious questions. And he’s ONLY 9!

I feel like the Dude could jam with this philosopher…until my brain started to hurt.

Oh, no sweat, just let a 9 year old answer that for you…

PS – Isn’t it amazing how little we actually know?

How have I survived?

Small tricks make a big difference. It makes me wonder how many other fantastic tricks I’m missing.

Here’s a great post from TheArtOfManliness.com about wrapping your extension cords. Awesome.

I’m always wrastling with tangles. I’m the typical throw it around your elbow and wrap. Not any more. Although, I will say there’s some chatter in the comments about life of extension cord, yadda, yadda, yadda. I clicked through to another suggestion, and there is a cool “over, under” method that is pretty rad too. 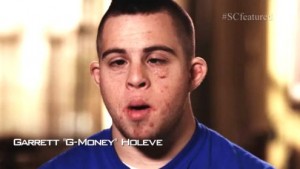 It seemed destined to fail. And it almost did. Until the UFC had an amazing resurgence in the early 2000’s.

New money, new rules, and a new generation of athletes.

As the UFC was gaining some renewed traction, one of my BFF’s decided to hop in the ring with pretty much no experience. The next seven years saw a pretty wild ride from bar stool critic to Las Vegas fight nights and national TV.

Lucky for the Dude, Alex “T-Rex” Karalexis took me along for many of the celebrity filled rides. Movie premiers, dinner with UFC champs, Las Vegas penthouse parties. Interesting times.

I’d much rather be hanging with the fam these days, but it was nice to see how the other half live.

Alex has moved on from throwing punches for a living, and he is now helping run Jared  Allen’s Foundation for Wounded Warriors. But living vicariously through Alex for a few years has carved out a small spot in my heart for MMA and the UFC.

I stumbled across the below MMA video today, and it grabbed the Dude. I started watching out of respect for my Red Bull fueled UFC nights, but by the end, I was laughing at myself as tears rolled down my cheeks.

Mrs. Dude often refers to me as the Cave Man. How often does the Cave Man tear up? Not often. But this dude is pretty rad.

Garrett “G-Money” Holeve has down syndrome. He is also an MMA fighter.

That is a crazy combination. At first glance, it seems questionable. But to see the confidence that Garrett has in himself is inspirational.

Most of us sell ourselves short on a regular basis. We underestimate our abilities or we don’t push to reach full potentials.

Then someone like Garrett comes along and reminds us how totally awesome we ALL are.

This is definitely worth 13 minutes of your time. Garret “G-Money” Holeve whoops down syndrome MMA style… 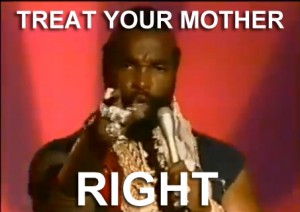 Well, what do ya know?! The Dude has returned.

It’s been almost four months, but the Dude is back. More on my hiatus later. For now, I’d like to wish all the Mama Bears a happy Mother’s Day.

Moms, we couldn’t be here without you. Literally. Without your ovaries, placenta, and the rest of your female bits and pieces, we would ALL be lacking a key part of existence…existence.

So, thank you very much for giving us life and putting up with all of our shiat (figuratively & literally)  for oh so long.

But don’t just take my word for it. The Dude has recruited two of his fav compadres – Mr. T & Kid President – to spread the Mother’s Day love.

Kick your feet up, smell the flowers, and relax. You deserve it.

And while your at it, soak in the sage advice of Mr. T and Kid President…

An Open Letter to Moms from Kid President: The Kid does IT again. El Nino Presidente rocks. Always a hit in the Dude’s book, and this is some great lovin’ for the Moms in the audience.