Check out this awesome life advice from Ashton Kutcher. At the Teen Choice Awards no less.

Kelso may not be able to find his car, but there’s more than meets the eyes. 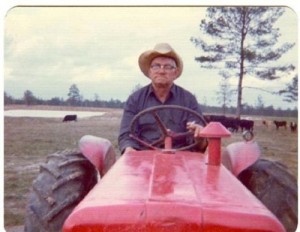 I hate chain emails as much as the next dude, but sometimes the chain just speaks to you!

I would imagine that I delete 99.99% of chain emails without a mere glimpse. Yet somehow this brilliant advice not only caught my attention, but convinced me to keep it lodged in my inbox for 51 days.

I’ve been waiting for the perfect time to pass on the chain email advice, and here we are…muy perfecto. Not sure what make this perfect other than I’m tired of looking at it after 51 days.

Are you excited?! Me too…I can finally delete this thing.

Here are some seriously wise words from a chain email…and a farmer.

Since an unknown troll under and unknown bridge creates chain emails, I have no one to credit except Tanta Linda. Thanks for clogging my inbox! 🙂 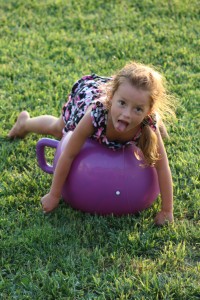 When a five year old speaks, the verbal onslaught is completely unpredictable…and hilarious.

These parenting skills extend past Little Dude to the Dude.  Some of her go to lines these days…including hands on the hips and eyes rolling…

Another innate quality or already brainwashed by The Man?  Consumerism…Nature vs. Nurture

How are they making a bed look appealing to a five year old?  And why?  Just to torture parents?

For real?!  Can we take a break from selling stuff 24 hours per day…to five year olds who have no money?  The Princess can’t distinguish a one dollar bill from a twenty dollar bill, but that commercial somehow has her convinced that $53  per night is a good deal and worth a trip to No Man’s Land.  Get out of our heads TV!

In addition to hilarity, most Princess speak also includes a heavy dose of cuteness.

It’s pretty fun to witness life coming together one day at a time for a kid. 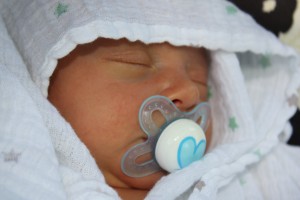 With the week one exuberance and the week two naïve belief in routines behind us, we are working through week three, where  the true baby blur starts to set in.  Actually, I could be wrong…is this week three?  I’ve completely lost track of time.

Limited sleep is not easy, but at some point nature takes over and limited sleep is turned from groggy crankiness into a calm blur that is almost manageable…almost, i.e. the Baby Blur.  The Dude and the Mrs. have conversations about how Little Dude is sleeping and who got up when, but most of these conversations fizzle out when one of us asks, “wait, was that last night or the day before…or two nights ago?”

There is just no way to keep track of time when the clock has become an irrelevant decoration on the nightstand.  When The Boy is up, we are up, and there’s no way to combat that fact; so it becomes an exercise of acceptance, and with acceptance comes a somewhat peaceful blur.

Little Dude is settling in pretty well.  He’s eating and gaining weight, the small amount of jaundice is pretty much eliminated, his belly button is about 99% healed, and he’s starting to show signs of smiling.  However, he has been a bit uncomfortable over the past week or two.

There are a wide array of theories about the source of this discomfort, but the Dude is realizing that while everyone has great insights and valuable experience, when it comes to an infant (and probably all aspects of life) no one really knows; we’re all guessing and making estimates based on the experiences we’ve had in our individual pasts…life is one big mystery composed of a series of experiments from start to finish.

Luckily, the Dude and the Mrs. have a stable of valuable advisors with extensive baby experience.  When one piece of advice (or guess) doesn’t work, there is no shortage of suggestions waiting to be applied.

The gas medicine that I mentioned in last week’s Lessons does seem to help the Little Dude to some degree, but it’s definitely not a cure-all; he’s still been relatively fussy.  So, is it gas, allergies,  over-sensitivity, or the Big C – colic?…noooooo, don’t say the Big C!  Perhaps a bit dramatic, but a crying baby is about as dramatic as it gets; so to think of a baby with colic that is inconsolable is a bit nerve-wracking.

We can’t seem to figure it out, and the advisors are a bit perplexed as well, so we decided to get some doctoral advice.  After an appointment with the Pediatrician, we are making some changes, and seeing some good results, but we’re talking about a human life span of three weeks; we really don’t have much to measure success against.  When he’s able to relax, it could have more to do with the changes he’s going through than any changes we make.  However, to be on the safe side, changes are being made, and we’re seeing positive results.  The Mrs. has cut out all dairy, peanuts, eggs, caffeine, spicy foods, and is off an anti-biotic she was taking.  And fingers are crossed.

We’re seeing smiles and yesterday we were all able to lay on the bed and play without the hint of any fussiness.  Perhaps the advisory committee does know what they are talking about, and the Dude is crazy for second-guessing.

I’m not so sure.  At this point the Dude is subscribing to the belief in Voodoo, Grammie Voodoo.

Over the weekend, the Dude’s Madre, aka Grammie, came to visit, and prior to her arrival, the Dude’s sister (we really need a good nickname for her) told Mrs. Dude that Grammie would work her Grammie Voodoo magic on Little Dude while she was here.  Indeed she did.

In defense of every piece of advice we’ve been given, this visit did coincide with all of the changes that we implemented, but the Dude is leaning towards the Voodoo…I saw it with my own two eyes.  Unintelligible singing, strange patterns of walking and swaying that almost seemed ceremonial, and an immeasurable amount of hugs and kisses were used to mesmerize the Little Dude, and he loved it.  The Dude and Mrs. Dude loved the extra hands as well.

I guess the lesson for this week is seek advice but use discretion; Mom and Dad are ultimately responsible for the bambino and the bambino’s happiness.  Use advice as you see fit.  But, the true lesson is get Grammies involved as much as possible.  They might just be guessing, but they seem to understand how to make the right guesses at the right time.