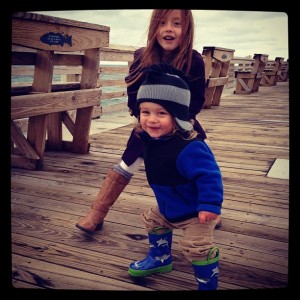 It has been raining words at the Dude casa over the last week.

We had the pleasure of enjoying a visit from Grammie and Papa, and Little Dude chose a great time to open the flood gates on his vocab.

He started walking/running during their visit over the summer as well. I’m not sure if the Grandparents help to draw out these new skills, or if it’s just great timing, but either way, it’s awesome that they have the opportunity to enjoy the development first hand.

And enjoy it they did. Grammie and Papa both seemed quite surprised at the the quality, consistency, and quantity of the words pouring out of Little Dude’s mouth.

Putting two words together before two. Grammie was quite excited. Baby genius? Duh. 🙂

It’s pretty comical to hear what he’s putting together. A few examples…

But no question, my absolute favorite new Little Dude vocab word is “happy!”

I enjoy the nightly routine of putting LD to bed – one of the best moments of the day because we get some quiet hugs for a minute….that’s something special from a kid that sprints everywhere he goes.

As we hugged the other night, LD said “happy,” “Dada, happy.”

I wasn’t sure what to make of it. It was the first time I heard it from him, and he only said it a couple times. I wasn’t sure if I even heard it correctly. I left it at that, and decided not to read into it too much.

Then the next night the “happys” came on full steam. As we hugged, he must have said “Happy.” “Dada, happy.” about twenty times. It was clear as day.

Who knows why he said it, but I’m reading into it. I’m coming up with my own conclusion.

My boy is telling me he’s happy and/or I’m happy as we hug at the end of the day. How can I not read into that? How can I not assume what seems obvious?

He knows what happy means, and he knows that we’re happy. That’s a heart melting moment. And I loved every millisecond of it.

Indeed, Little Dude, “Dada, happy.” Thanks for being a bottomless pit of happiness for the Dude. 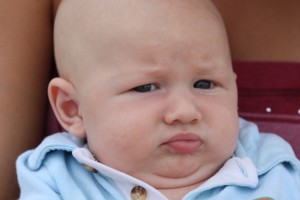 Sweet potatoes and bananas so far, but we have all sorts of goodies on the ready.

Cliché? Definitely.  Even at five months the thought crosses your mind: “They grow too fast.”   As much as I look forward to the next stage, I already miss where we just came from.

I guess it’s the now that matters most anyway.

PS – As you read the title of the post, I’d like to suggest that you have Weird Al singing in your head. 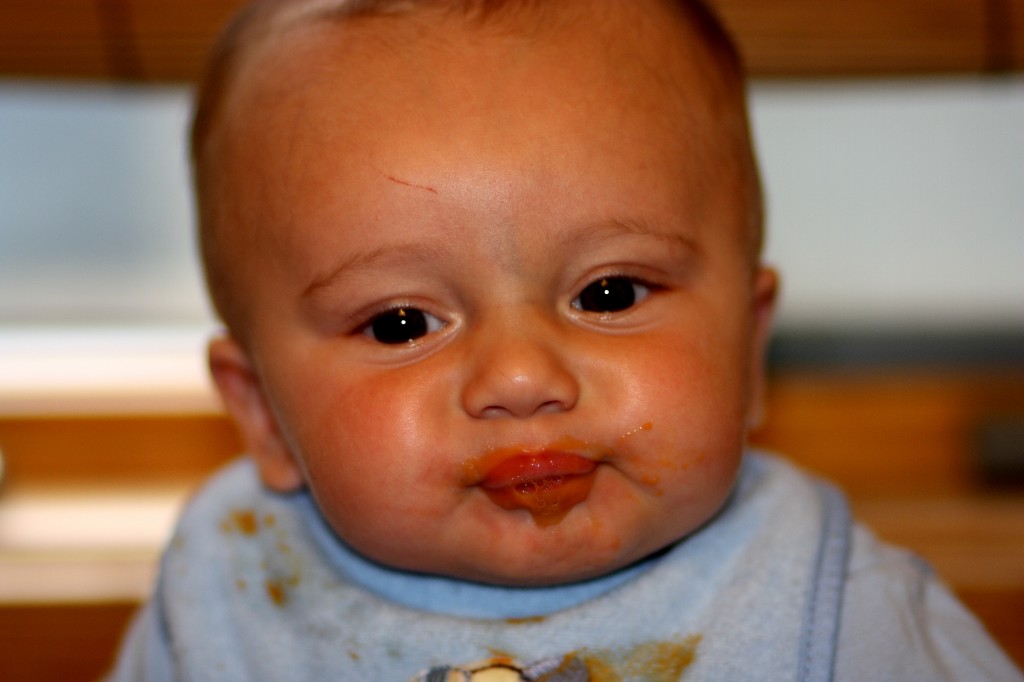