As you may recall, we’ve shaved that melon a couple times, but it has been almost exactly two years since we’ve touched that glorious coif.

As you can probably tell from my choice of adjectives, this has been a stressful day.

Mrs. Dude rolled out a fantastic blog post recapping Little Dude’s first haircut (yes, apparently we have blogging wars in our house. :)), so I won’t recreate the wheel. But I will make a few points and send you along to my lovely bride’s fantastic site.

I’ll preface this by saying that he’s our son, he will ALWAYS be amazingly handsome to us. HOWEVER, who is that dude? And where did his hair go. 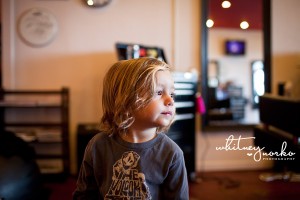 Can’t put the toothpaste back in the tube.

How could a haircut be this stressful? 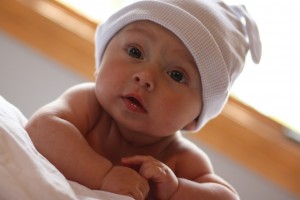