Shock Factor: The subjective measure of the psychological “impact” of any given event.

The Dude has been accused of enjoying the shock factor. Hence the title of this post?

The three and a half year old is growing into his boyhood – chock-full of all the “poopie dutie” talk you can handle.

The Dudes were lucky enough to spend Turkey Day in the mountains of West Virginia, and Little Dude’s conversations headed towards bathroom-talk very quickly…just to see the reactions.

As we awoke early one morning to enjoy the quiet of the mountains, we wiped the sleep from our eyes and gazed out at the skyline in the distance. Little Dude nonchalantly mentioned to the Princess and I:

Very matter of fact. No emotion. And again.

And Little Dude – turning his gaze back to the skyline, with a confidence beyond his years:

No. They are beautiful.

I chose not to respond. Luckily, I have not heard this discussion again.

Where does this insanity come from?!?

On the flip side, the sweetness is equally as amazing. Randomly, Little Dude likes to share…

Other than discussions of unmentionable anatomy, the mountain/Turkey Day festivities were fab, including… 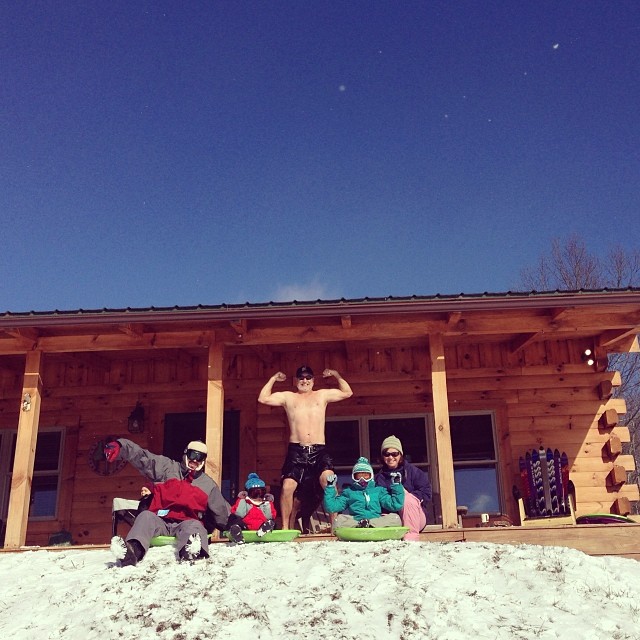 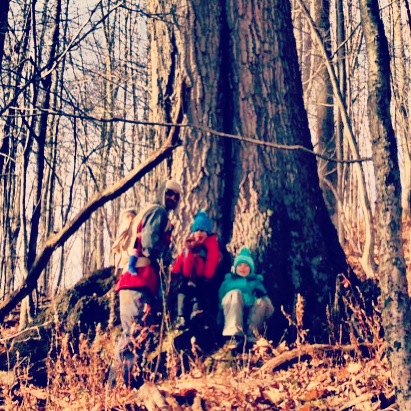 Although, it is nice to be home. And get the kids back to work (notice the Princess and her pace, and of course Little Dude’s focus on safety-first)…

Everything you need to know about the sweet Turkey Day cabin wrapped into some smooth jazz from Ylvis. A lyrical genius. 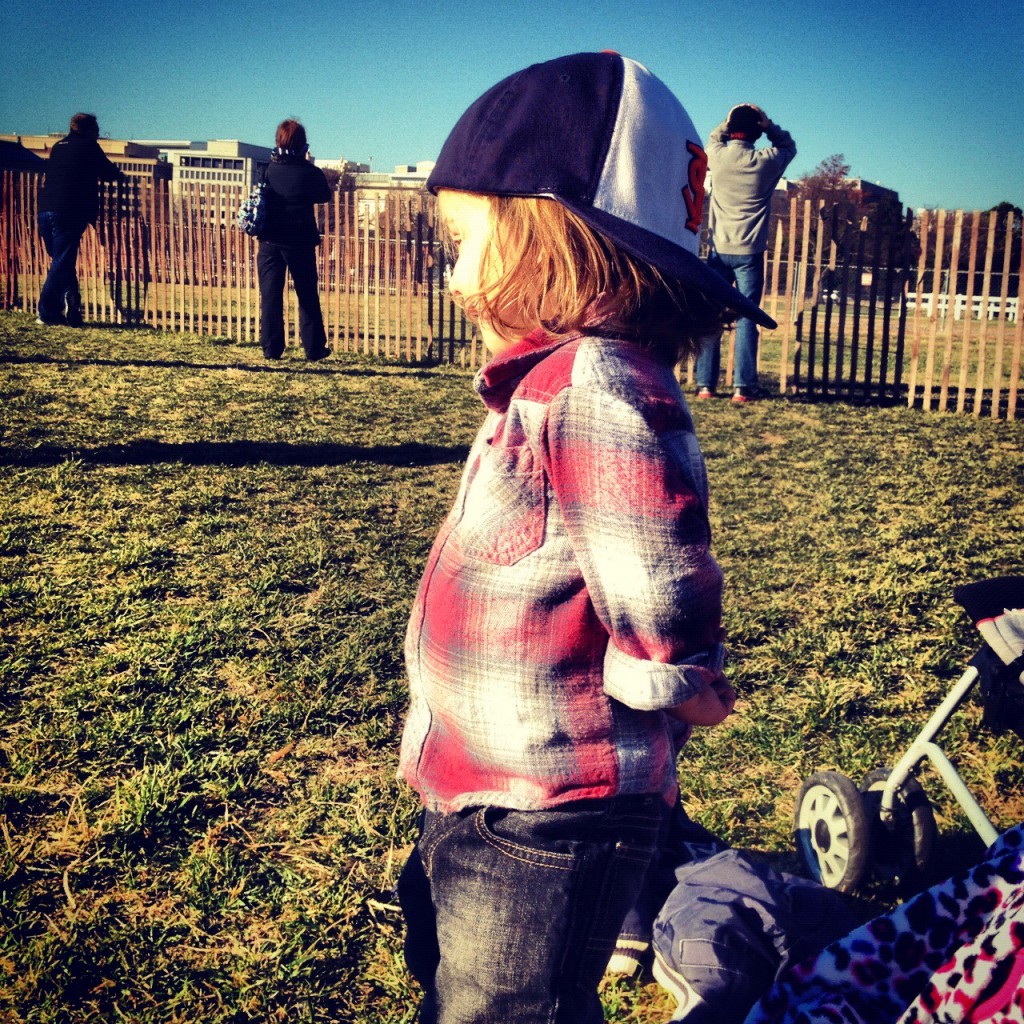 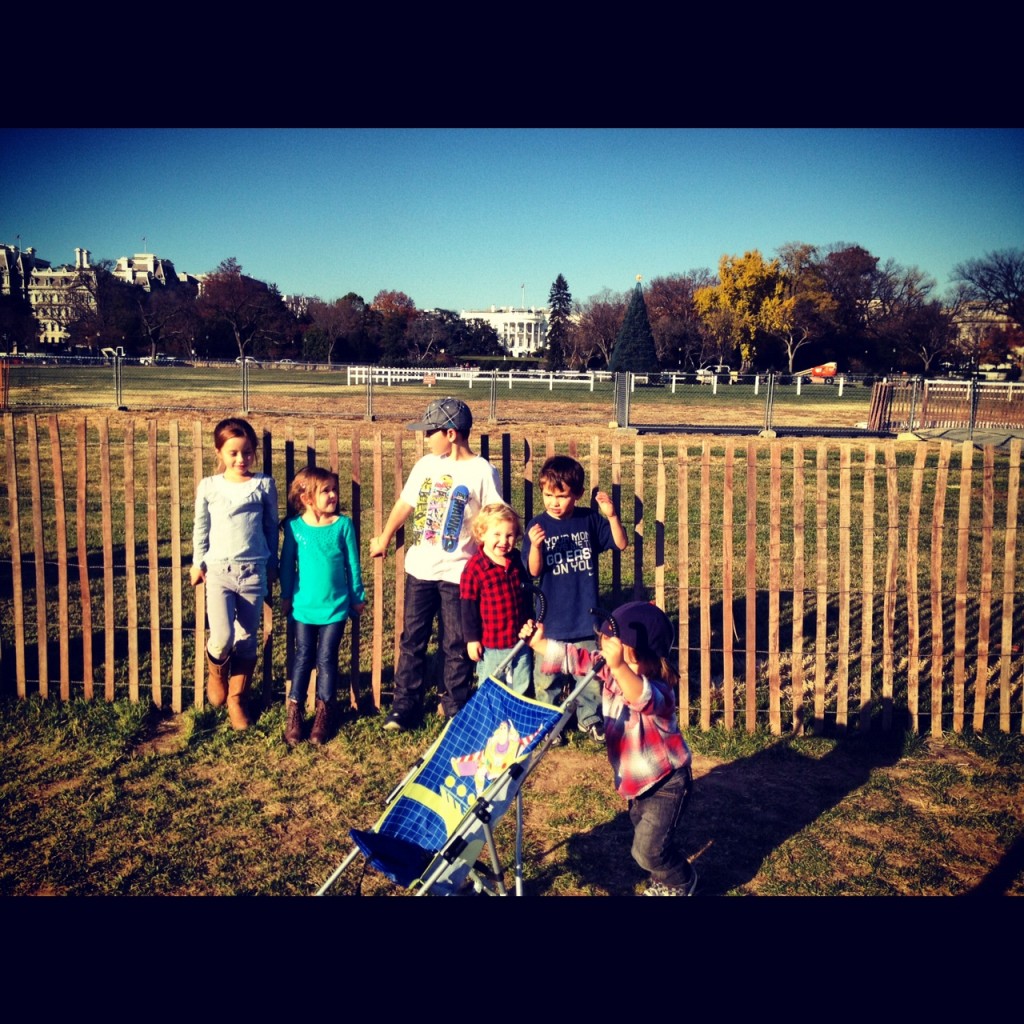 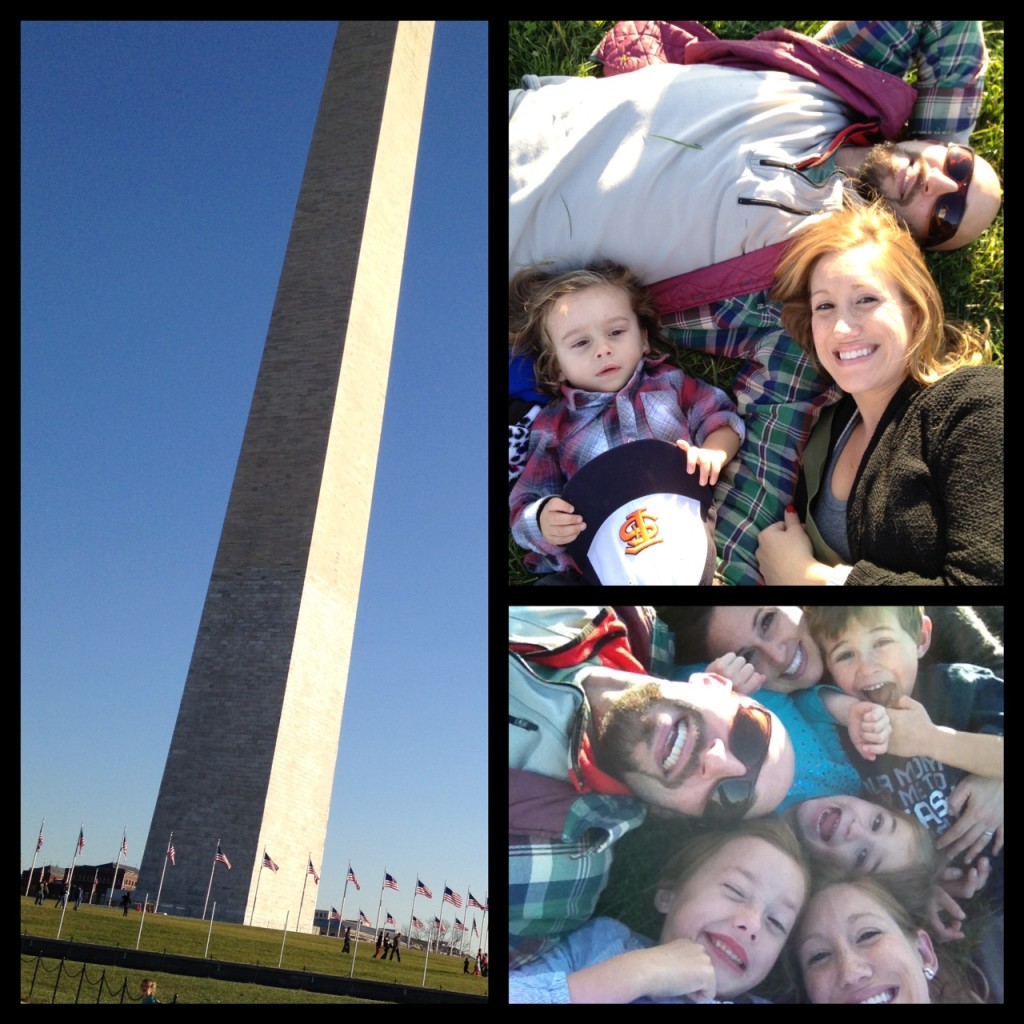 Family and holidays go together like turkey and naps.  (Side note, the Thanksgiving Day Nap is arguably the king of all naps.)

However, as life progresses, family dynamics progress as well.

Growing up, big holidays were spent at the Dude’s grandparents.  Birthdays, Easter, and Thanksgiving would shift from time to time, but Christmas Eve was a given.  Twenty five years straight, the Dude sat in the “No-no Room” singing Christmas carols, shaking Santa’s hand, and enjoying the company of the extended family.

Changes in location, changes in career paths, and ultimately, changes in family life brought the Christmas streak to an end a few years ago.  Now it’s a struggle to make one holiday with the extended family, never mind a prolonged streak.

Mix in the complexity of alternating holidays between Dude and Mrs. Dude’s families, plus factoring in siblings and their in-laws, and determining a satisfactory holiday schedule is nothing short of a miracle.

As families grow and life marches on, priorities adjust.  The family focus that helped create my identity is shifting.  I have great holiday memories of family dropping their everyday concerns and coming together to strengthen bonds that have developed over generations.  Mrs. Dude and I now have the opportunity to create these memories for our kids.  But roles are chaning.  My parents are now the Grandparents that can’t say “no.”  My sister and brother-in-law are now the fun aunt and uncle.  And so on.

And while priorities change, the definition of family remains constant.  The bond that families share, and strengthen by coming together to celebrate life and the company of loved ones, is not sacrificed.  It’s fortified.  A new generation is added to the familial chain.  The bonds passed through the ancestry are extended once again.

While we can’t always share the holidays with each and every member of our family, the love persists.  The pride and comfort of knowing who we are and where we came from carry on, and more importantly, are shared with new faces.

Happy holidays from the Dude Family to our family and friends.  You may not be in our direct line of vision, but you’ll always remain in our hearts. We are very thankful to have you in our lives.

So, with that prelude complete…

We hit the road last Wednesday in search of some turkey.  We’re alternating Thanksgiving and Christmas between Dude and Mrs. Dude’s families, and this year was a Dude Turkey Day.  We went to stay with The Lady in the Shoe (as in “the lady in the shoe had so many kids she didn’t know what to do”), aka the Dude’s sister, and we had a blast.  Lots of great food, wine, football, jokes, and time spent with the ones we love.

We went to Thanksgiving and…

I learned a few things:

But most importantly, we went to Thanksgiving and…

This video pretty much sums up the chaos that 6 kids under 6 can create when bottled up in one house.