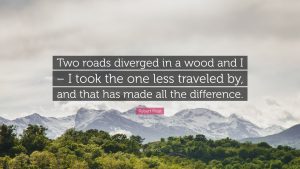 New Thought is built on action and an understanding of your unique nature. Philosophy and ideals are important, but walking your unique Path leads towards success.

Order of Essense: Book 4 hits hard on understanding your unique path and taking action. The self-assessment is deep.

No one can hope to get the best out of himself, no one can expect to be adjusted, to forge ahead to health, happiness and success, unless he knows himself inside and out.

Take pencil and paper and actually answer the following questions yes or no and grade yoursef. Partly yes or partly no. Don’t try to give yourself the best of it. Do this honestly and conscientiously; give yourself the worst of it, if you even hesitate in the answers.

The Dude spent the majority of his life growing up outside of Boston.

Boston has a rep for having a pretty rough citizenry. Very aggressive drivers, fast paced lifestyles without much patience, direct even when you shouldn’t be, sarcastic sense of humor, and usually show love by busting chops.

In fact, people from Massachusetts are often referred to as Massholes. As in Massachusetts + Asshole = Masshole. It’s even become a term of endearment for many Mass residents.

Here’s the definition on Urban Dictionary.

I’ve been out of Mass for a while, and the Southern hospitality has smoothed most of my rough edges, but the Masshole can never be fully removed. I’m a lifer to some degree, and Mrs. Dude has married into the fraternity.

However, I think the Masshole attitude bit misunderstood. Mrs. Dude was prepared for the worst and pleasantly surprised by the kindness when we went to visit. There’s a lot of goodness under the rough exterior, and Massholes tend to take care of their own kind.

Here’s a great example of Massholes at their finest. During Disability Awareness Day at Fenway Park, an autistic man sang the National Anthem, and when he was tripped up a bit, the crowd joined in and sang along.

A small piece of kindness from a lot of people all at once. Pretty cool to see. 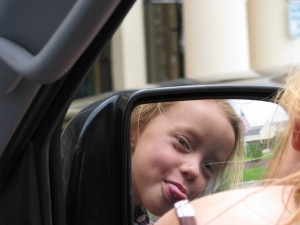 A 3 – 4 hour car ride is really not the domain of a nine-month pregnant mom to be.  And turning around and doing it again the next day doesn’t help much.

My newest nephew, my sister’s fifth child (I know, crazy person…but that’s an entirely different discussion.  However, how cool is it that sister-in-laws were preggo at the same time, and the boys get to grow up together…again, I digress).  Back to the subject at hand, an unbearably long car ride for the lady huddled in the front seat, pillows shooting out in all directions, and a six pound watermelon in her belly (pushing down on the bladder I might add…which doesn’t help much with the car ride).

About an hour from the final destination on day two, which happened to be a warm bath surrounded by candles, lavender scented oils, some quiet classical music and a shoulder massage from the Dude…not really, the Dude is good, but not that good.  (The bath part is for real…I’ve never met anyone that loves a bath like Mrs. Dude, especially a pregnant Mrs. Dude.)

So, about an hour away from home the sore back, contracting abdomen, swollen foot, and the annoying urge to pee every five minutes got the best of Mrs. Dude, and some angry grunting and tears decided to stream forth.  As the Dude, who does know best, I began a typical guy’s approach to soothing his loved one; a gentle hand on the leg and some reassuring words of encouragement, but every Batman needs his Robin, and thankfully my Robin is a five year old little girl.

The Princess saw an upset Mommy and began to offer her version of support, which I’ll admit was pretty darn good.  The little voice from the back started by reminding Mommy to “Be Brave” and asked if Mrs. Dude was scared.  When Mommy replied that she was ok, Princess suggested that she call Nina (our version of Grandma on Mrs. Dude’s side…who also happens to be a nurse and one of our go to’s for nursing type things), pretty astute for the Princess.  Then she finished off her array of advice by letting Mrs. Dude know that she was “probably just dehydrated,” which, given the circumstances was a pretty good guess.  (We should probably give five year olds a bit more credit for their understanding.)

The tears of pain commingled with tears of laughter, and the mood was lightened.  Words of support from the back seat gave us the energy to make it home, and the Dude would have struggled without his Robin.

After shaking the car ride blues (and getting hydrated), Mrs. Dude explained to me that we’ve entered the Stinkface stage, where long stretches of discomfort can lead to what seems like a permanent stinkface.  But now I know I can count on the Princess to break to the stinkface spell…nature’s stinkface antibody.