To help occupy the munchkins, and attempt to tire them out, a day was spent crabbing and swimming.  Luckily, Mrs. Dude’s parents have a chocolate lab the size of a small horse that loves to swim and doesn’t mind four kids dangling off his tail. 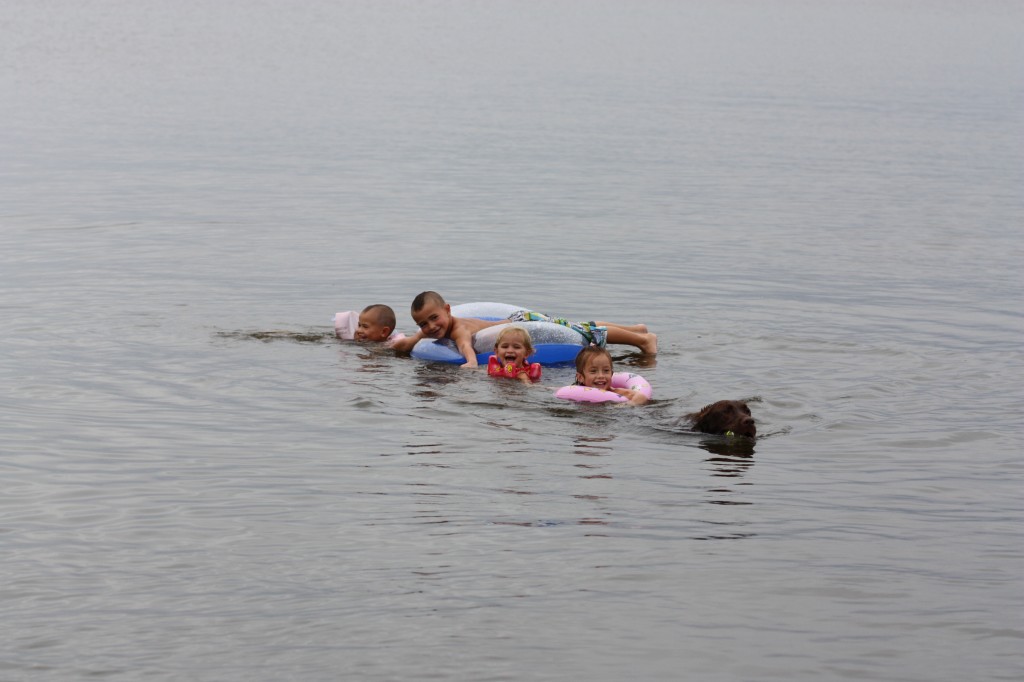 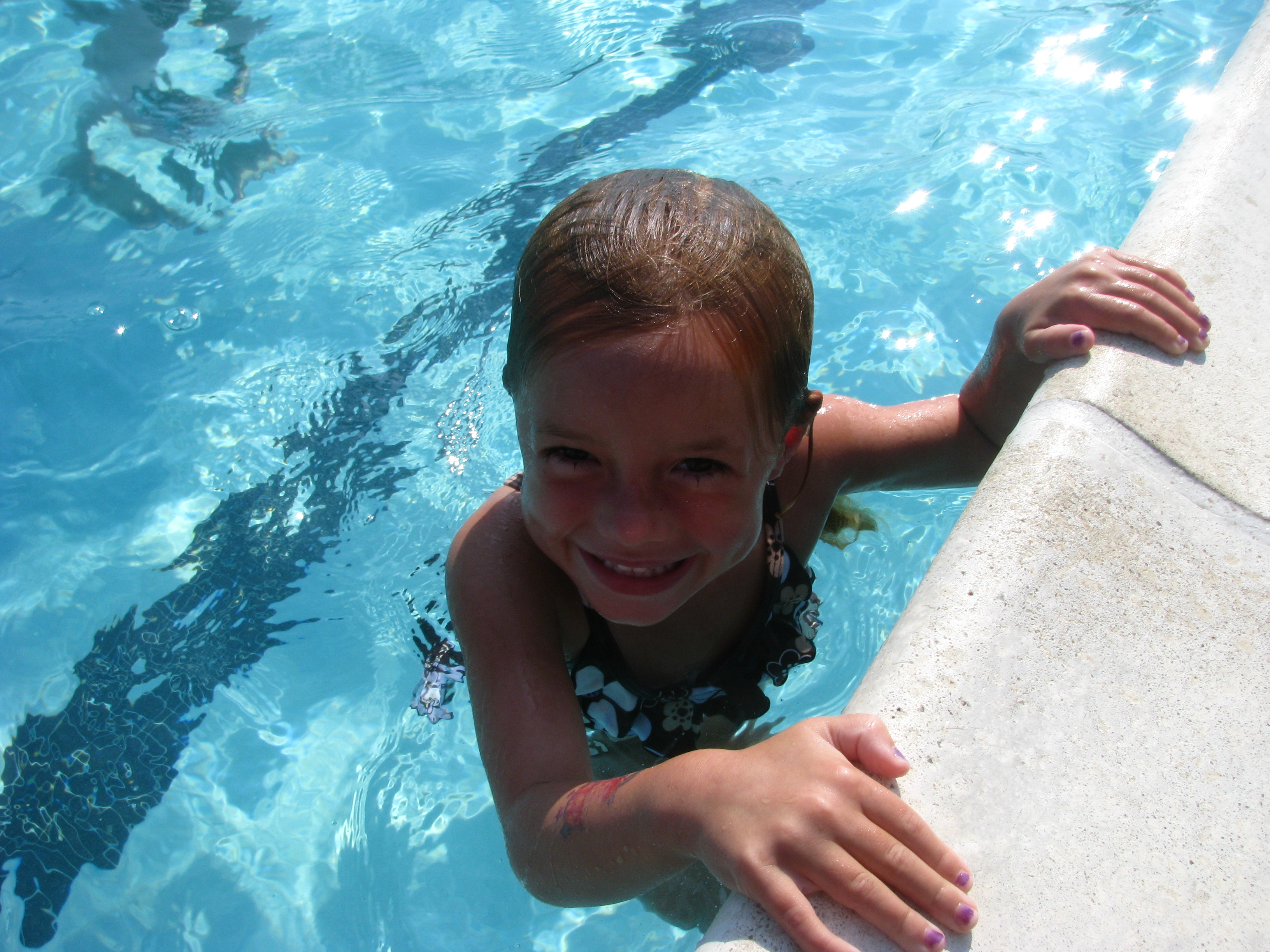 Over the past couple weeks, the temps have been hot as we’ve enjoyed a summer heat wave.  I use the term “enjoy” loosely considering that The Boy still can’t be in the sun without the risk of his skin bursting into flames, and most people over the newborn age don’t want to spend too much time in the 98 degree blazing sunny day with humidity that must be at about 2,000 percent.

The Princess and the Dude have braved the elements a bit to partake in some swinging, to wander around the garden, and play with the dogs, but most of our time has been spent inside with Mrs. Dude and Little Dude.  With one large exception.  The pool.

We joined the community pool this year.  And to the Dude’s credit, he didn’t even try to come up with reasons that we didn’t need to commit the funds to a somewhat frivolous endeavor.  The Mrs. made the suggestion, and the Dude agreed without the slightest frugality creeping into the conversation.

Considering that Mrs. Dude is off all summer, and the Princess has friends at the pool, it seemed like a good idea, but the real motivation behind the Dude’s lose of frugality was the belief that this would be the summer for the Princess to swim, and the pool could be a big help.

So, we joined, and it’s arguably one of the best decisions of the summer.  The pool is very nice; Olympic sized, lap lane, diving area, tiny snack shack, a beach behind the pool, a playground next to the pool, and the icing on the community pool cake, saltwater so you avoid the chemicals.

We even joined in time to have the Princess’s birthday party at the pool.  How great is a birthday pool party?  Ask again in 10 years.  Considering that the Princess and Little Dude have b-days five days apart, I can see a whole bunch of b-day parties for two at the pool.  Combined birthday parties, at the community pool; the frugality gods shine down on the Dude…thank you karma.

To start the summer season, each time the Princess wanted to enter the water we needed to muster the strength of Hulk Hogan in order to slide the rubber swimmies up the skinny little arms.  This was not an enjoyable experience, but it did give us the opportunity to remind the Princess that she wouldn’t need swimmies once she learned how to swim.  With the motivation of no swimmies, and seeing some of her friends swimming, the determination to swim began to grow in the Princess, but the slight tinge of fear still lingered.  Luckily, a mother at the pool explained to the Dude and the Princess that this is a “magic pool” that teaches kids how to swim.  Well, I guess we joined the right pool.

Given the heat, the pool is one of the best reasons to be outside for extended times, and the Princess and the Dude have used it as a reason to get out of the house.  The first couple trips consisted of the Princess and her friend using the Dude as a jungle gym and leaping into the water off of his head, swimmies included.  While this was a great time for all, especially the Dude and his head, we weren’t getting much closer to swimming, although comfort in the water was growing.

By the third trip, the Dude had convinced the Princess to hop in sans swimmies, with the promise that he would be holding her tight at all times.  The pool session ended with a pep talk about the need to want to learn if you are going to get a new skill.  The Princess took a couple plunges under the water on her own, and the seeds of swimming were planted.

Confidence was growing, and the Dude and the Princess asked Mrs. Dude to join us for the next pool trip.  Nina graciously agreed to be with The Boy, and we were off.

On the walk from the car to the pool gate, the Dude heard joyful screams of “Belly flop, belly flop!,” and the Princess proclaimed that “It is soakin’ hot!”  The Dude responded “It’s going to be a great day at the pool; belly flop chants and soakin’ heat.”  The Princess finished the exchange by pointing out “I don’t know what soakin’ means, but I think it means a lot.”  Pretty accurate.

The Dude, the Mrs., and the Princess entered the pool with a non-swimmer but would not leave the same way.  The “magic pool” took hold, and the Princess became a mermaid jumping and swimming with the excitement of a life skill being cemented into place…and the Dude and Mrs. Dude both had the pleasure of enjoying this once-in-a-lifetime experience with the Medium-sized one.