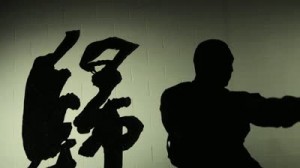 Not sure why 137. Or how to make that possible.

But it seems like a good idea to set big goals with life expectancy.

I’m psyched to find this sweet list of 10 tips to stay young forever from a Shaolin Monk: 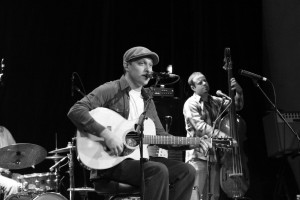 A few weeks ago I commented on the inverse relationship between getting older – and being a parent – and enjoying live music – i.e. the older we get, the more parenting we do, the less live music we get out to see.

Concerts take on an entirely new perspective as a parent. I love music, and live music is amazing, but these days the Dude is happy to trade a great Pandora station for a live show. That just seems like a lot of work.

I admit that I miss live music, but the trade off of time spent with the family is a swap I’m happy to make.

But now, thanks to one of the Dude’s favorite under-the-radar musicians – Ryan Montbleu – the old fogies among us no longer have to make this trade.

Ryan is a singer/songwriter from Boston that I’ve been listening to for many moons. He has a great bluesy, soulful rock/folk style that is hard to pin down, but very impressive.

He’s been pumping out great tunes and touring for years. Ryan, and his band, put on a great live show. I’m amazed that he is not more well-known.

It’s been years since I’ve seen them live, but I’d love to see more of them.

This is the first I’ve heard of a band embracing the interwebs like this, and not only am I a huge fan of the idea, but I can only assume that it is a great marketing idea for the music – in fact, I heard about this on Mashable.com, so the word is spreading. Nice work Ryan.

So what am I carrying on about?

You can watch every live show that The Ryan Montbleau Band performs at www.RMBLive.com.

I am super jazzed to be able to see live music on a regular basis…and from one of my fav bands. Thanks for being so rad Ryan.