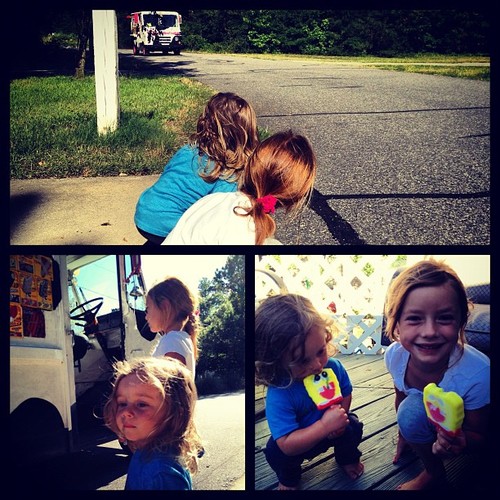 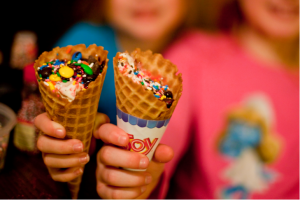 This passed weekend, the Princess enjoyed a sleepover. Always an adventure.

The excitement could hardly be contained in her little body. Of course Mrs. Dude pulled out all the stops, including movies, pizza, and an ice cream party.

The ladies each had the opportunity to decorate their cones with a wide selection of goodies.

As the Princess added some extra sprinkles to her cone, the Dude walked into this conversation:

As I walked away, I overheard…

Now I have the image of a cartoon character in my mind – over-sized with tiny violent legs.

Hilarious. Glad the Princess is always trying to protect feelings…even if they are the feelings of an over-sized cartoon character with tiny, violent legs.