Hurricanes can be quite destructive.  We witnessed some of this wrath a couple weeks ago with Hurricane Earl.

On the flip side, hurricanes and create some of the sweetest gifts Mother Nature has to offer, awesome waves.

Hurricane Igor is moving through the Atlantic, and he’s falling on the side of sweet gift giver.  Swell from Igor arrived today and offered the Dude the rare opportunity for a double session.  A dawn surf session before work and a post work surf session.

Watching the sun pop over the horizon while floating on a surfboard is a pretty great start to the day.

This is not the Dude pictured here…just a stunt double. 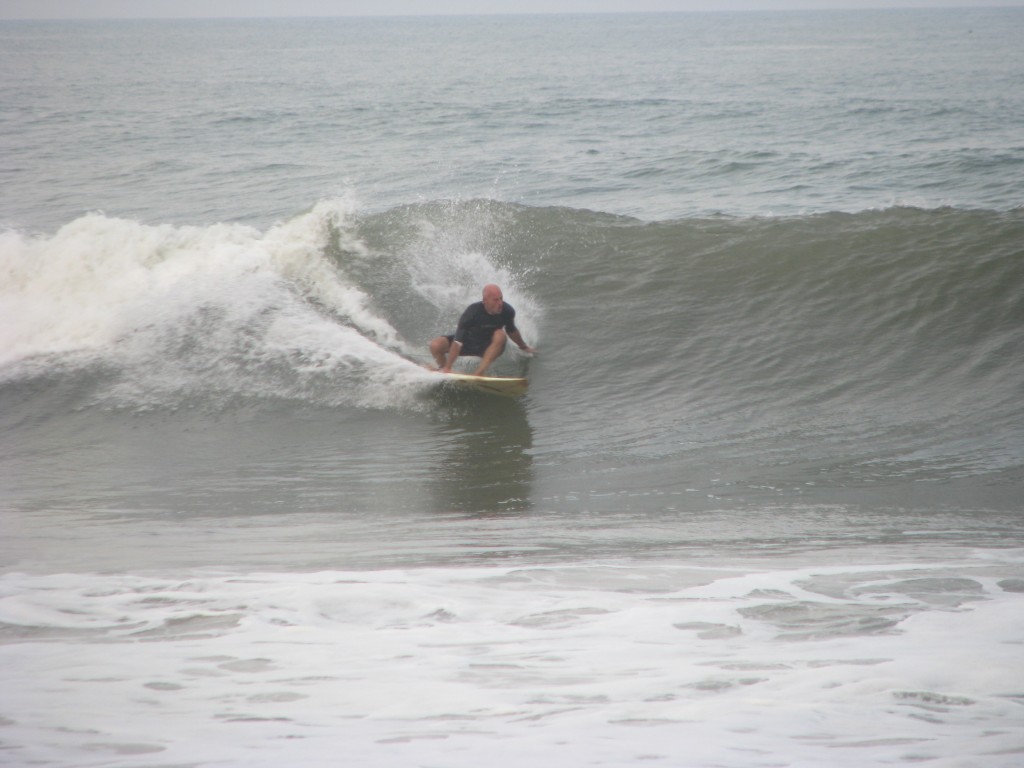 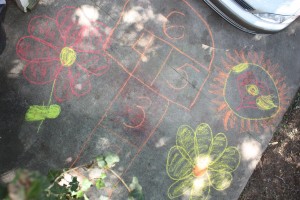 But more importantly, our decisions help shape the lives of those we share our days with.

As the dude of the house, my decisions will help mold the lives of the little ones that, by default, have to deal with me on an everyday basis.  I’ll have plenty of opportunities to embarrass with my decision making, and I’ll have ample opportunity to nudge them in the direction that seems most prudent according to my sensibilities.  Every decision won’t carry the same weight, but each choice offers the opportunity to create.  Create fun.  Create love. Create manors, and caring, and comfort, and trust.  Or our decisions can create the negative yin to this positive yang.

Mistakes are inevitable, but the Dude’s goal is to make every attempt possible to create some positive yang for the brood to embrace.

When was the last time you played hopscotch?  Are there rules?  Or is it like Monopoly where every family has house rules?

The Dude and The Princess decided to enjoy an afternoon of hopscotching.

I think the Princess saw it at school.  I’m a sucker for games that require hopping on one foot, so when she asked, I was all in.

I’m not sure if I’ve ever actually played hopscotch according to a set of rules, so I decided to take a quick spin through Google.  After consulting the most accurate online source of information, obviously Wikipedia, I was saddled with some rules and headed outside with The Princess toting a collection of rainbow colored chalk.

With a loose grip on childhood memories and the aid of the fat orange chalk, the Dude was able to reconstruct the layout of a hopscotch board on the driveway.  Numbered one through 6, with one spot for a double jump and a free landing zone at the top, we got down to business.

I began to recite the rules, and The Princess commenced the hopping as the first words passed over my lips.  I stumbled through the set of rules, as The Princess lurched on one foot from one number to the next, landed a perfect double jump, spun like a ballerina in the free zone, wobbled and regained her balance bending to pick up the marker, and finished out of breath at my feet.

My old man brain was having a difficult time recalling the rules I consumed two minutes prior. It’s safe to say that five year old squash wasn’t executing a flawless hopscotch routine and taking in the rules at the same time.

Ah ha, an opportunity for fatherly decision making.  What to do now?  Should the Dude stick to the rules and slow the hopscotching to make sure The Princess understands the regulations?  I guess there’s some merit to this decision; there’s something to be said for following directions, especially when making the attempt to create a competitive environment.  And The Princess is reaching the age of competition; Tai Kwan Do just ended, and soccer and dance will begin in the next couple weeks.  Rules and directions will be important.

But how important are rules?  Aren’t they meant to be broken?  Don’t we all bend them to some degree?  Should a five year old’s creativity and enjoyment be hampered by an arbitrary set of rules?

My guess is you know the decision that was made.

We followed the rules The Princess created on the fly and worked up a sweat hopping on one foot, while laughing and ignoring the guidelines bestowed by the all-knowing Wikipedia.

And for all you hopscotch novices, like the Dude, it’s more tiring than you expect.  If I’m sore in the morning from our new activity, I will be severely disappointed with this aging process.

Luckily, The Princess’ span of attention is about as short as the Dude’s endurance, and we turned from hopping to drawing hearts and flowers pretty quickly.

A minor decision with limited impact on the future.  Then again, who knows.  If one decision leads to another, and the Dude is able to balance on the thin line between complying with and ignoring the rules, perhaps the young ones can be groomed to think for themselves, within reason.  But there are a lot of “if’s” in life.

On the other hand, some decisions are loaded with significance from the get go.

The Dude Family Vacation was cut short this week due to the threat of Mama Nature’s vengence.  Hurricane Earl was groovin’ up the East Coast, and we were in its path.  At its peak, it was a Category 4 storm with winds up to 145 mph.

This would have been a relatively exciting event for bachelor Dude, but family Dude had to look at this from a completely new set of decisions.  Rather than determining how much beer to get to witness Mother Nature’s wrath, the Dude and the Mrs. had to consider escape routes and whether to outrun the storm.  With kids involved, especially an 11 week old, how much danger can we expose them to?

Seems like a no-brainer.  145 mph winds = kids need to hit the road.  But every decision is fraught with multiple angles to consider.

Hurricane Earl began to slow and stayed out to sea, so it was a relatively uneventful storm, but at just 80 miles off the coast, it was a nail-biter up to the end.  While relatively low, the winds and rain were still pretty intense, confirming the assumption that 145 mph would be outright destruction.

Never fun to be apart, but we made the right choice.  When Mrs. Dude’s motherly instincts speak up, it’s imperative for us to listen, even when it’s a tough decision.

I have faith that the Dude and the Mrs. can handle almost anything the world throws our way.  And statistically, they were probably in more danger driving in a car than facing the hurricane.  But it’s our job create with our decisions, and given the choice to create safety and comfort or the possibility of fear and mayhem, the choice seems obvious.  We need to craft environments of safety that build trust.

At some age, a hurricane experience is probably worthwhile.  (I think I was eight when my parents hunkered the family down in the house to ride out a Category 2 storm.) However, at this point in time, our kids need to enjoy the safety Mom and Dad can provide, not Mother Nature’s yin.

So, I guess the lesson from week 11 is choose wisely.  What do we want to create with our decisions?