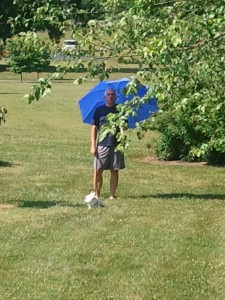 For as long as I can recall, my father has had one predominant fear…

Come on, how often do birds attack?

I’d say the warm glass of life is half full most of the time. Not many bird attacks. Lots of radness.

Except when it’s not.

Life is fast and unpredictable…like those damn birds.

I believe the good far outweighs the bad, but sometimes birds DO attack.

It turns out the Dude’s Padre is in the process of losing at least a portion of his eye sight. He’s 65’ish, so I guess he’s had a good run with seeing and all, but it’s never cool to lose the ability to see low flying objects…like birds.

The Old Man has AAION, which basically means he had a little stroke in his eye, and the result is lost vision. No treatment. Just the lose of vision to some degree in the effected eye.

Right now that’s about 25% of the left eye. No telling how much he’ll lose just yet, but it is slightly better than the more progressive form that can take 100% of sight and require years of steroid treatment.

Getting old is hard. It’s difficult when systems malfunction.

However, as hard as life can be, as hard as aging can be, I suspect there’s an art to it. And I suspect that much of the art of living/aging has to do with our ability to laugh. Laugh at ourselves, laugh at the world around us, and laugh at the downright absurdity of life.

Losing vision is not cool. But finding a reason to laugh definitely is.

In addition to being crazy, life is also pretty comical.

The Old Man has to figure out how to deal with the stress of vision lose, and the effects this will have on his life. The figurative birds of life are on the attack.

But to lighten the mood, life has also sent actual live birds to attack as well.

A pair of mocking birds is holding my parents hostage in their own house. It’s a war zone.

I got the full report over the phone last night. I called to get an eye update, and after some somber discussion, the hilarity ensued.

Two mocking birds have a nest with babies in their yard. The “attacks” have progressed from near the nest to throughout the entire yard. They can’t leave the house without the birds swooping in.

My Dad has been running to and from the house with a tennis racket! It has now progressed to an umbrella.

He has done his research, and once the eggs arrive, it is a punishable offensive to get rid of the birds/nest. The nest is there to stay until the babies leave.

He’s also learned that mocking birds claw larger birds with their talons while also defecating and vomiting on them. Awesome! The bird fear has expanded in grossness.

As I was on the phone, my Mom arrived home, and I was able to listen as my Dad yelled out directions from the upstairs window…

Never easy to see the comedy of life as you experience it, but the Old Man with eye sight dwindling and bird fears growing, was able to brush aside the stress and cackle with his son about the absolute absurdity of life.

The first time he laughed in over a week. And I’m glad I got to share it.

So what’s the moral of the story?

I’d say the lesson here is that life is unpredictable. Things will change, the road will get bumpy…birds will attack, but we need to find a reason to laugh.

Life is short. Enjoy what you have…while you have it.

Got this text from front line this morning…

The birds won’t attack if you look at them, so there are eyes to download. Our tactics are working. 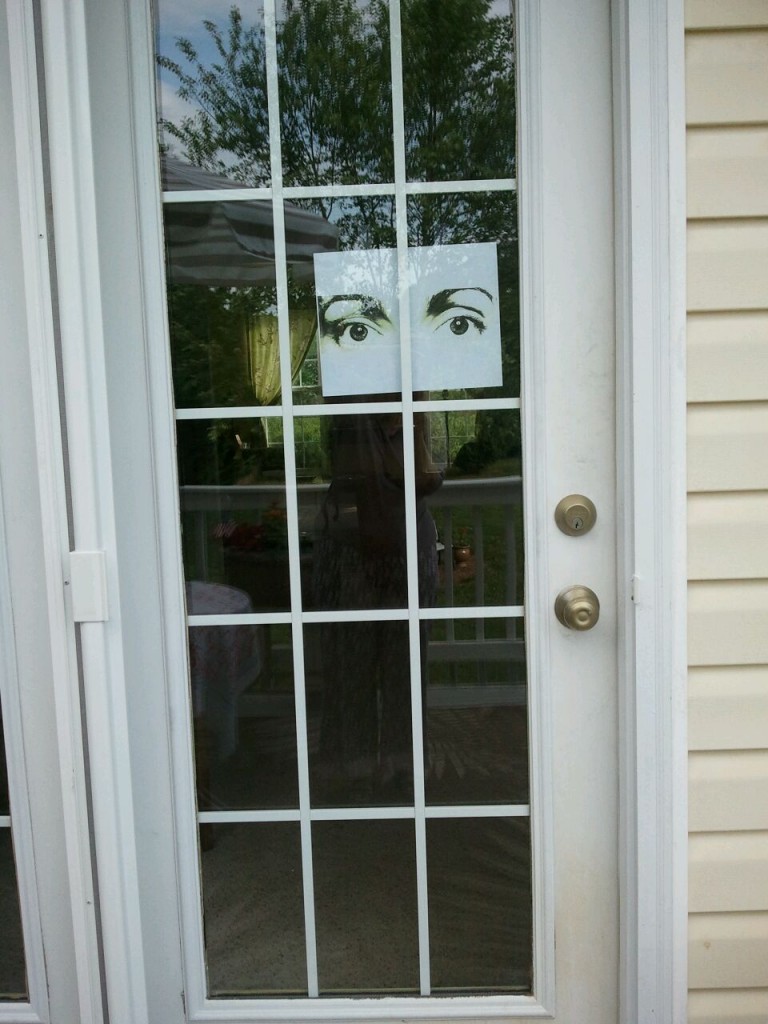