Rather than paraphrasing a relatively short post from another blog, I’m just going to do the old copy and paste routine. Below is a post titled “The Tiny Humanity Bubble” on the jackadamblog that offers some potential mind-blowingness.

“Mankind has been broadcasting radio waves into deep space for about a hundred years now — since the days of Marconi.

That, of course, means there is an ever-expanding bubble announcing Humanity’s presence to anyone listening in the Milky Way. This bubble is astronomically large (literally), and currently spans approximately 200 light years across.

But how big is this, really, compared to the size of the Galaxy in which we live (which is, itself, just one of countless billions of galaxies in the observable universe)?

To answer that question, I put together the following diagram of our galaxy with the “Humanity Bubble” embedded within it. You’ll need to click on it to get the full resolution image and zoom in on the highlighted region.” 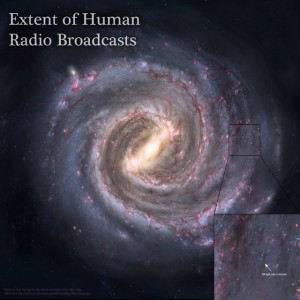 Wow, we’re tiny! Nature is so much more substantial than we commonly give it credit for. We are a just a tiny, tiny piece of the ever-expanding big picture.

It seems to me that aliens/intelligent life should be a foregone conclusion given the sheer magnitude of the known Universe. How could we be arrogant enough to believe that we could be the only game in town?!

The world is full of amazing ideas. All we have to do is tap into our creativity, or the “collective” creativity, and great things happen.

It’s easy to trick ourselves into thinking that all of the good ideas have been taken. Here we are in the “technology” age; a time where great ideas have blossomed into instant access to information in the palm of our hands. What could possibly come next? How could I come up with an idea that could impact such a progressive time?

How about a hole in a roof, a plastic bottle, water, and bleach?

Instant, and free, light for an otherwise dark situation.

Amazing. As the Guinness commercials are fond of saying, “brilliant!”

Thanks for reminding us there are still plenty of amazing ideas to be found.

Two staples of the Dude’s yester years; the Beastie Boys and Sesame Street. A marriage made in heaven. What took so long for this to happen?

The perfect intro to the Beasties for Princess and Little Dude. 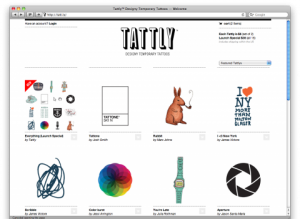 A few weeks ago, I threatened to start a series of posts categorized as “Say It Ain’t So,” where the Dude could wax poetically about the ridiculousness of the world we live in. I was half joking, but I continue to be amazed by ridiculous ridiculousness, so I’ve decided to follow through…for at least one more post.

First it was Kidazania, but now The Man is pulling out all the stops with his craftiness.

Fan of TSA? Like being faced with the great choice of walking through copious amounts radiation so dudes in a back room can look at a naked version of you OR being forcibly groped, just so you can sit in a tin can banging elbows with the dude next to you and not being offered free peanuts?!  Seems like a blast, and definitely something free Americans who demonstrate no threat should be forced to endure in order to travel on a plane.

Right, the terrorists. They attacked by taking over planes before; I’m sure they couldn’t come up with another way to attack if they want to. Perhaps attaching bombs to themselves and blowing up public facilities (without TSA) like they do every day in the Middle East?

We’re so reactionary. Uh oh, caught a shoe bomber. Everyone take their shoes off from now on. Dude, they already tried that…and somehow you stumbled into stopping them. My guess is he must have had a big sign that said “I have a bomb in my shoe.” How about you try to stay a step ahead rather than continually trying to build fear in the populace to cover up your inept attempts to keep people safe.

Or maybe that’s the evil plan. Keep people scared and slowly remove their rights in the name of keeping them safe until we lose the ability, and the will, to say no.

Good luck stopping the “bomb implants” they  are now scaring us with (and by “they” I mean The Man, not the terrorists). How far can we take this? Will we all be getting a surgical procedure in order to board a plane?

If the “terrorists,” whatever that actually means, want to hurt people, they can…in a million different ways. The high school dropouts running the TSA checkpoints are not going to save us.

But they sure as shit will steal your stuff and/or make your grandmother remove her Depends to give a full search…of a clearly dangerous 105 pound, 95 year old woman, in a wheelchair.

But I digress…Say it ain’t so. A toy TSA scanner so every child in America can enjoy the fun it is to scan and search other free, unarmed, and non-dangerous children! Awesome!…and only $14.41 on Amazon!

Seriously, please say it ain’t so. Is the world really this crazy? Then again, that little punk in the picture sure does look like he’s having fun getting searched…maybe I’m the crazy one.

The Man sure is crafty. Is Kidzania using these yet?…they must be. 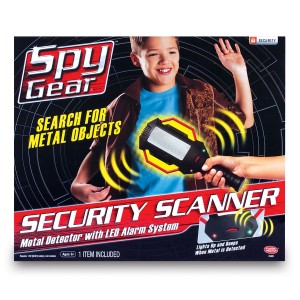 Update: It’s seems like a full-time job reporting on the blunders of the TSA, and I’m not looking for another job, but this news item was well timed, and too juicy to pass by this morning. Less than 12 hours after writing the above post, this morning’s headline reads: “Lawmakers Blast TSA Over 25k Security Breaches.” Yes, that’s 25,000 security breaches from 2001 to 2011. I feel safer already…good thing we’re giving up our liberties.